We’ve written about New York City plenty of times before. For good reason! There are nearly nine million people living in the city, commuting every day. The New York City subway system is also one of the largest systems in the world, moving more than four million riders per day. Safe to say, commuting has a major impact on the day-to-day for a lot of people. 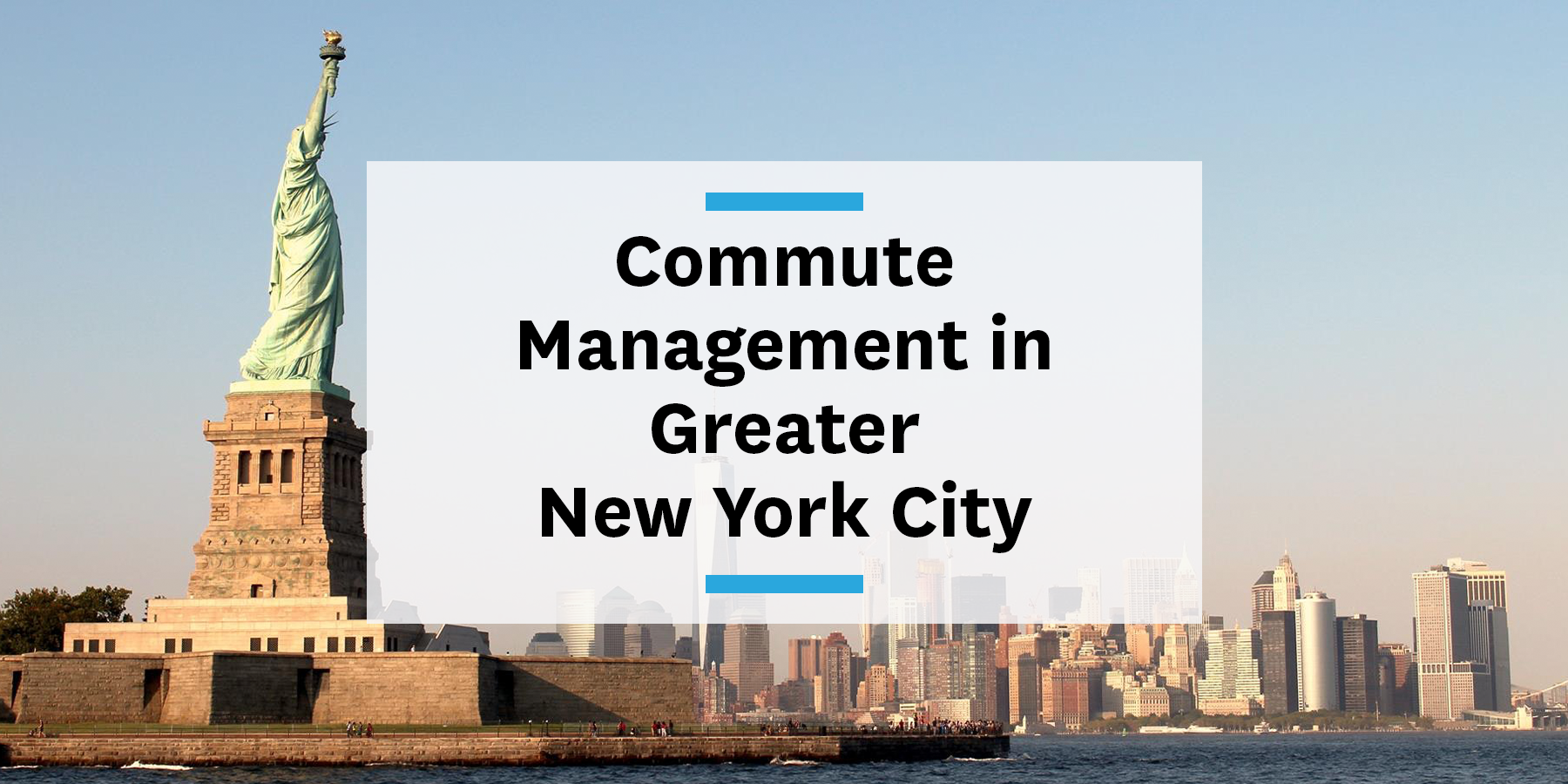 The city has done a lot of good to make commuting easier, and there are even more projects in the pipeline. With all these expansions to the city infrastructure, creating a commute management strategy is going to be easier than ever for employers.

For those who aren’t fully aware of commute management or what it includes, here’s a crash course.

Commute management is the practice of employers playing an active role in helping employees create an optimal, low-stress commute in order to increase happiness and retention. It requires a combination of commuter benefits, transportation demand management, and employee engagement. It’s making sure each and every employee commute is represented in your company’s strategy without sacrificing the quality of your benefits.

Now that we’re all on the same page, let’s dive into the projects the city is working on!

Bikesharing and electric scooter companies have long faced roadblocks when it comes to operating in New York City. But in January 2020, the governor accepted a proposed bill to make e-bike and e-scooters legal, with certain stipulations. In order to ride scooters, the rider must be at least 16, and anyone under 18 will be required to wear helmets. E-bike riders will be required to wear helmets on bikes that can travel faster than 25 miles per hour. Neither will be allowed to be ridden on sidewalks.

Okay, let’s get into how this helps you create a commute management strategy. Well, for starters, having scooters in New York City means another form of mobility for commuters. While scooters certainly can’t replace all commutes, they help commuters get from their subway stop to the office and vice versa.

The good news about e-bikes: They’ll be back in New York this spring. These bikes travel faster and with less effort than regular bikes. Even though riders will have to be conscious of the top speed of the bike they’re on, this is a huge win for the city and commutes.

So what does this all mean for you and your commute management strategy? A lot. The first being the arrival of the Citibike e-bikes. You can partially or fully subsidize your employees’ Citibike memberships, giving them discounted or free commutes. With more protected bike lanes on the way, employees will feel safer and be more inclined to bike to work. To make biking to work even more attractive, providing secure bike parking for personal bicycles adds an extra level of security for your employees.

The city is also working on implementing a congestion toll to certain areas of the city. You may be wondering what congestion tolls and congestion pricing are. Congestion pricing is when the city charges people driving personal vehicles a toll in heavily congested areas, during certain times of the day. Tolls like these have been seen in London, Madrid, Stockholm, and Singapore.

The results from current congestion pricing programs have been nothing short of amazing. London saw a 39 percent decrease in private vehicle use in the congestion zone, and a 210 percent increase in bicycle ridership in the same areas.

When congestion pricing was first implemented in Stockholm, less than 40 percent of people supported the new charges. After a seven-month trial period during which commuters saw the positive impacts, around 70 percent of people were in favor of the new pricing and voted to make it permanent. So it’s safe to say that after the beginning stages of congestion pricing, the results are worth the change!

What does this mean for New York? Last April, New York City passed a plan to become the first city in the United States to implement congestion pricing. Slated to go into effect in 2021, the city is hoping this change will bring relief to the congestion constricting local and tri-state roadways. This is an opportunity for you to help employees adopt new commutes before these tolls go into effect.

The most obvious change would be switching to the train and subway systems. Since commuters come into the city from New York, New Jersey, and Connecticut, getting employees to switch to the train would be a top pick.

For more local employees, you can help with the switch to biking. As we mentioned, there are a lot of positive changes coming that should make it easier, but the change can be a scary one. For employees who don’t regularly bike, knowing where bike lanes are or understanding the unwritten rules of the road are daunting unknowns. Working with local bike associations to figure out the safest routes is a step in getting employees to change their commuting habits.

The personal car ban on 14th St. and the associated dedicated bus lane aren’t the newest infrastructure changes in the city, but they have already made a huge difference. Since the start of the car ban, travel times for the bus are down about 30 percent, and there has been an increase in ridership on weekdays and weekends alike. With such positive changes, it’s the best time to encourage your employees to ride the bus, bike, or even walk to work, conditions permitting.

Commuter benefits have been in effect for a little while in New York City and the state of New Jersey, but here’s a friendly reminder anyway. Since commute management takes into account TDM and commuter benefits, you should know what you’re required to offer.

Employers with 20 employees or more are required to offer commuter benefits. Since the IRS raised the monthly pre-tax limit to $270 per month for employees to put toward commuting, both you and your employees can save a little more. In New York City, pre-tax money can go toward:

There are a lot of options to use pre-tax money on, so it’s probably in your best interest to help your employees out!

New Jersey is the first and only state to have a statewide commuter benefits ordinance. The law requires companies with 20 or more employees to offer commuter benefits to their New Jersey-based employees . Although the ordinance went into effect March 2019, employers who didn’t comply didn’t face penalty until March 2020, so now! The two ordinances between New York City and the state of New Jersey means that almost all commuters in the area are required to receive commuter benefits.