Providing a private shuttle for your employees is a huge benefit to them. Shuttles transport more people in one vehicle, reducing drive-alone commute rates. They qualify for HOV lane access, leading to faster travel times. And they give time back to employees by allowing them to get a head start on their daily tasks during their commute!

To get the most out of your shuttle(s), it’s important they’re being used as efficiently as possible. That starts with the employee pickup and dropoff locations. 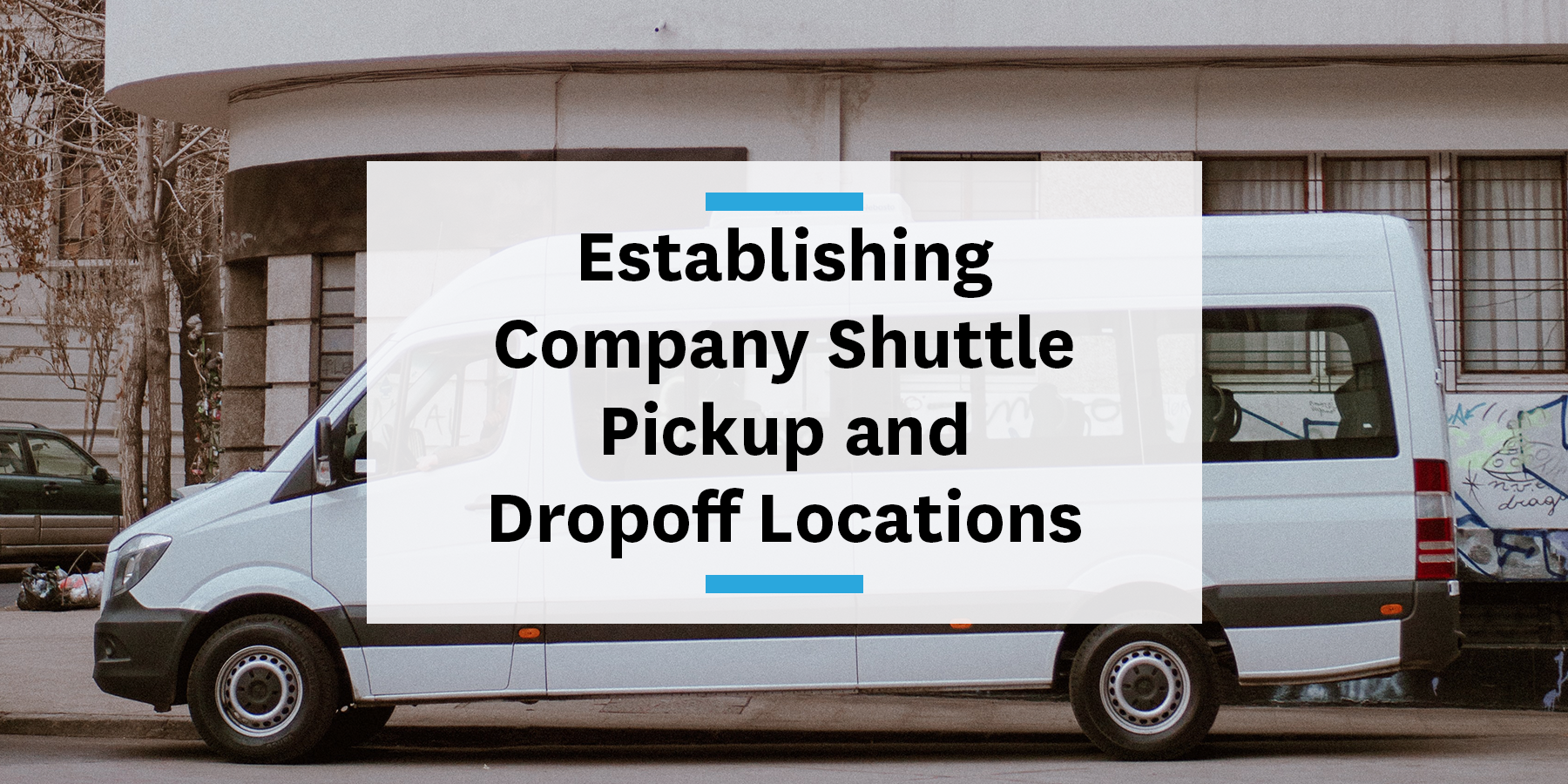 To establish pickup and dropoff locations, start by discovering where your employees are and where they need to go. How? An employee survey is a perfect starting point. Having your shuttles pick employees up at their front door and drop them off at the office would be perfect, but probably isn’t possible.

One way to use your corporate shuttle is to bring employees from a central location to a nearby transit stop. We know this isn’t a full-service shuttle, but it takes a lot of the stress off employees. The cost of living right on top of a transit station or bus stop is usually significantly higher than living a mile or so away. Providing quicker access to these stops removes a huge portion of commutes.

The second way to use a corporate shuttle is getting employees from their transit stop to the office. Most bus stops and metro stations aren’t at the doorstep of your office, so having your shuttle cover the last few blocks of a commute can reduce the stress.

If you find that a large portion of employees live in a general location, this allows you to establish a common pickup point convenient for most people. This also works for transit stops. If a group of your employees take the same line, you can set up a pickup point at a certain stop to transport them all to the office.

Timing is another huge factor to consider when establishing shuttle locations. The purpose of a corporate shuttle is to make commuting better, not to make it another stressful and uncertain part of their day. This means employees need access to real-time information for company shuttles. Enter: TransitScreen.

This is important for afternoon commutes, not just morning ones. When employees have information about where the shuttle is and when it will arrive, they have time back to get more work done. This is especially important if shuttles have multiple stops, if your company is large enough to have a multi-building situation. When employees know where they need to be and when to catch the shuttle, they’ll not only have a better commute, but a better day overall.

When operating a company shuttle, flexibility is going to be key – especially if you’re in the beginning stages of getting it set up. To ensure every employee who needs access to the company shuttle gets it, you might have to set up different route schedules.

One way to set a schedule for your shuttle is by establishing alternate routes on alternate days of the week. So Monday and Wednesday is the day for one route and Tuesday and Thursday is the other day. This will ensure that you reach enough employees in a fair manner.

A company shuttle isn’t right for everyone, but when you do decide to take the leap, you need to do it right. There will be trial and error to figure out what will work best, but that’s true with most things. You need to make sure to service all employees who need help with their commute, while also being flexible. The most important step is to get your shuttle up and running.

The next stage of running your company shuttle is gathering feedback from your employees who ride the shuttle. Maybe picking up from one location only benefits a few employees, so it might be more beneficial for you to change pickup locations. The most important thing is creating an open feedback look to ensure your shuttle is serving as many employees as possible.