Great things can come from meetings: new ideas, creative problem-solving, increased collaboration and communication skills, and workplace connections. They can take 5 minutes, 20 minutes, or even go on for multiple hours, but it’s a fine line between an important meeting and one that’s gone on for too long. How do you know when a meeting starts feeling less productive or more like a waste of time? 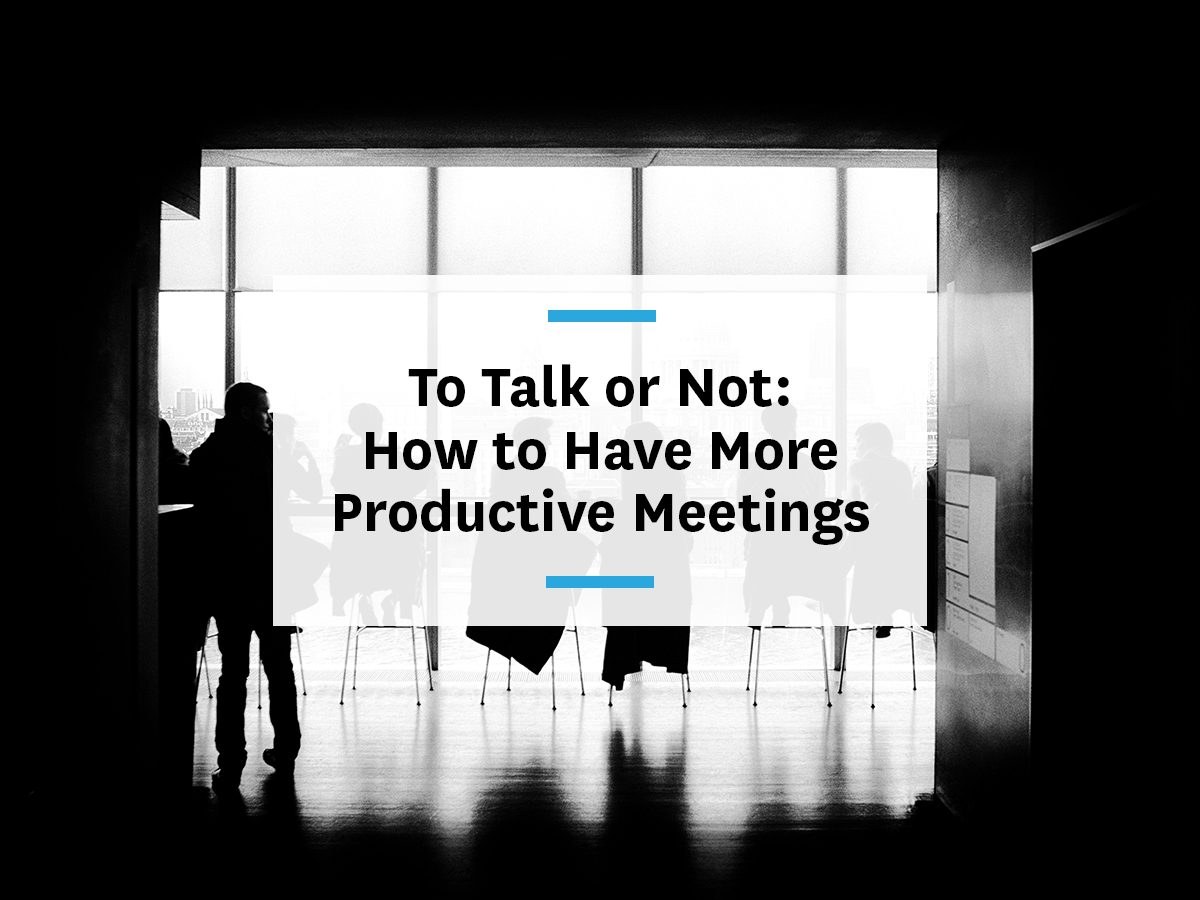 Meetings can easily become a joke to your team they laugh about over happy hours or complain to roommates about — why? Some culprits include habits like talking too much, not following the agenda, and going on unrelated tangents. These behaviors ultimately drive people to secretly stare at their phones underneath the table because the meeting isn’t engaging, which doesn’t serve anyone very well.

Here are some common problems, along with tactics to help turn the tide and start having more productive meetings for your team.

Let’s just say it: Some people talk too much! There are different ways you can accomplish this and one of the more common practices is to repeat what a coworkers says and not add anything to it. Unfortunately, when people feel like they had the idea first, but didn’t say it first, they’ll tend to repeat what someone else says.

You may have heard about something similar during the Obama era in the White House. Women were finding it hard to get their points heard from male counterparts in meetings, so they decided to repeat what each other would say if it wasn’t really recognized when the first female would suggest an idea. In this situation, repeating what another coworker says was being done tactically.

But, in another scenario, repeating can just be an attempt to just get your two cents in or earn participation points. Regardless of why, it’s a time waster and an eye roller. We’ve also all done this at some point (maybe some more than others), but there’s a way to stop it or at least have it happen less.

It’s great when people get excited about work — you see the innovative wheels turning in a coworker’s brain and suddenly you’re off on an exciting journey. But, there’s one problem with this story: you’re not talking about the right thing. The topic at hand could be about implementing a new website design, but then someone starts talking about a new sales strategy.

It’s not not like you brought up this idea to be distracting, but now you’re wasting scheduled time for everyone involved. However, there a couple ways to correct this behavior. If you’re the one interrupting the conversation, just listen to what the conversation is around you. If you think of a good idea that might not relate, just write it down and bring it up later.

Now, if you’re trying to get the conversation back on track, politely interrupt the person who’s not on topic by suggesting to table it for later. You could say, “Let’s touch base on that idea after this,” or, “I like where you’re going with that, but let’s get back to this meeting for now.” Now everyone can be engaged — teamwork!

Not everyone likes to talk about themselves, but the ones that do make it pretty evident. You hear about past vacations, business trips, their roommate’s dog, the list can go on and on. It’s not that you don’t like to hear about personal experiences, it’s that there’s a time and place for these stories, and it’s not during a meeting.

A pretty common solution that will also boost morale amongst your team is to allow time at the beginning of the meeting to catch up about non-work related things. The more talkative team members will have a chance to get their stories out, while everyone else has a moment to get their thoughts in order.

You’ll never escape some of the more distracting characters in meetings, and at times, you may even find yourself being one of them — these tips and tricks will help keep the meetings you host or attend running more smoothly. Having more productive and inclusive meetings will create a better team dynamic!