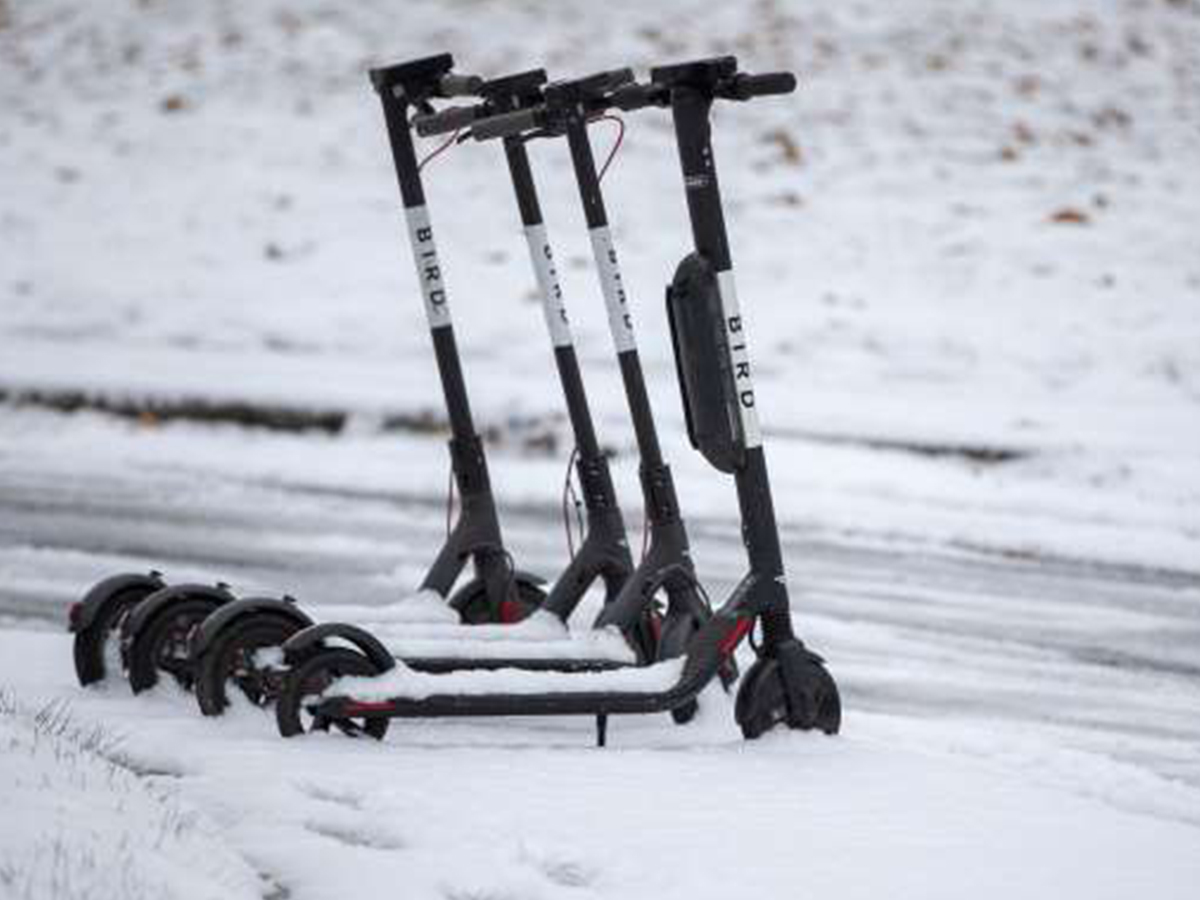 Winter is no longer coming, it’s here… and not everyone is blessed to live by sandy beaches that don’t drop below 60 degrees all year round. Those who experience winters and springs with snowfall are wondering what will become of the electric and dockless scooters and bikes?

Isn’t annoying when you still have to go into the office but you’re street isn’t plowed? Well in a car-centered society, streets become the priority while bike lanes, protected and unprotected, stay covered in a snowy blanket. This feeds into an ongoing issue that faces scooterists and bikers: bike lanes. We’ve covered this before (see here, here, and here), but this problem has only been amplified by permitting weather.

Companies like Lyft, Bird, and Lime have taken pledges to help create cleaner and safer streets — even putting funds towards protected bike lane construction. And weather has to be something we take into account when building out new bike lanes.

You may be thinking, “who’s going to try and bike or scooter in the snow?” but people who are accustomed to colder weather don’t let a little thing like snow stop them. Although it’s not quite clear how, scooter companies have said that they’re going to track inclement weather to determine how to best handle fleet distribution. In spite of the snow some scooter makers are rolling out more vehicles as planned.

Scooter manufacturers are working on building out models made for the snow in the anticipation that certain demographics won’t quit scootin’ their way around town. Again, the biggest issue will come back to space seeing as snow already makes the streets more narrow.

Time will tell if scooters are going to be winter friendly with this being the first big winter where we’ve had multiple players on the road after having such an exciting 2018.